Home Careers How To Open A Dispensary In California 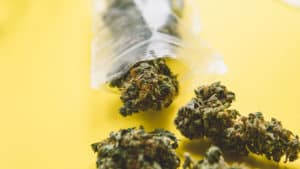 If you’re wondering how to open a dispensary in California, we’ve assembled a guide on becoming a dispensary owner in California. We cover the different types of retailer licenses, dispensary application costs, tax considerations, and general requirements for operating a dispensary in the Golden State.   California led the legalization effort when it became the first state to pass medical marijuana laws in 1996. In 2016, recreational marijuana use was approved by voters for those over 21 years of age. California has awarded more than 10,000 licenses to growers, dispensaries, manufacturers, testing laboratories, distributors, and other cannabis businesses. Opening A […]

The post How To Open A Dispensary In California appeared first on Cannabis Training University.

CLE and Webinar: Cannabis in the U.S. and Abroad, December 4th!

What is Synthetic Cannabis & Why is it So Bad?