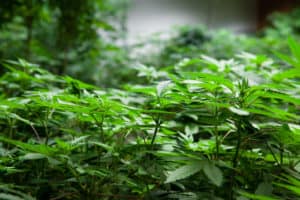 As the American cannabis job count goes up, military veterans are finding jobs in marijuana security companies. Military infantrymen coming back from conflict areas overseas have shown a unique kinship with the nascent industry, even though the federal government still makes it difficult for veterans to gain medical marijuana access. Military Veterans Support Cannabis Use Military veterans often suffer from disabilities such as hearing loss, post-traumatic stress disorder (PTSD), brain injuries, depression, and a range of musculoskeletal disorders after coming back from deployment. Medical cannabis has provided great relief for a number of symptoms associated with these veteran-related medical […]

Sun Rocks: Too Strong for Snoop?

George Papadopoulos Swears His Run for Congress in California Isn’t a...

Billionaires Bloomberg and Steyer Are Paying Big Bucks to Dominate the...