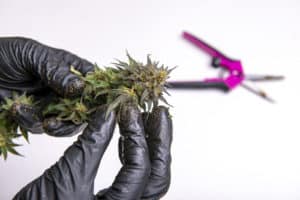 Hand-Trimmed vs. Machine-Trimmed Marijuana. This is an ongoing debate in the world of cannabis cultivation. In the great debate between hand-trimmed vs. machine-trimmed marijuana, weed cultivators are torn between tradition and automation. Trimming cannabis leaves and stems from the trichome-rich buds on a weed plant is a crucial step toward producing marketable marijuana nugs. It’s only fitting that any cannabis cultivator worth their salt considers the advantages and disadvantages of hand and machine trimming pot flowers. When debating between hand-trimmed and marijuana-trimmed cannabis, marijuana growers should consider the cost, labor, and quality of the final product. Below, you’ll find a […]

6 of Our Favorite Cheeseburgers in L.A. Right Now

Cannabis in the UK: Why Being a Brit Sucks

An Old Brochure Reveals How the Palos Verdes Peninsula Became a...