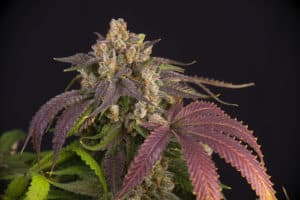 At a recent rally in Cedar Rapids before the Iowa Caucus, Bernie Sanders vowed to legalized marijuana on day one as president. With the support of indie rock band Vampire Weekend, he lit up the stage in front of an estimated 3,000-person crowd at the U.S. Cellular Center.  Bernie Sanders has been a strong proponent of cannabis and criminal justice reform, which go hand in hand. Among his vocal support for cannabis legalization, Sanders promised to uphold Roe v. Wade, tackle climate change, and pursue Medicare for All. Sanders Appeals To Young Voters Bernie Sanders has been one of […]

The post Bernie Sanders Vows To Legalize Marijuana On Day One As President appeared first on Cannabis Training University.

This Psilocybin Patent Could Be a Really Big Deal

Delivery Apps Are Forcing L.A. Restaurants to Adjust to a Take-Out...

Octogenarian ‘Catapulted’ by a Scooter Is Suing Lyft and the City...

MOCA Workers Move to Unionize Just as the Museum Preps to...