Home Business A Latina May Finally Walk Away with an Oscar for Best Costume...

On Tuesday night, Rubeo—nominated for her work in writer-director Taika Waititi’s Jojo Rabbit—nabbed the top drama feature prize at the Costume Designers Guild Awards, which is voted on by almost the same group of costume professionals as the Oscars (although a CDG Award win doesn’t always spell Academy Awards success).

This is hardly Rubeo’s first rodeo. She grew up in Mexico, then came to L.A. and studied costuming at Los Angeles Trade Technical College and UCLA. In her two decade career, she’s worked with Mel Gibson, Cate Blanchett, Chris Hemsworth, and Brad Pitt; was the lead costume designer on Avatar, World War Z, and Thor: Ragnarok (with Waititi); and her next gig after Jojo Rabbit is already lined up: Thor: Love and Thunder, once again with Waititi.

We recently caught up with Rubeo to talk about her history-making year.

Is being the first Latina ever nominated for a Best Costume Design Oscar a big deal to you?

Can I tell you? Yes! Growing up in Mexico, movies are only made in waves. There is not that much work for costume designers. As an immigrant, I came to the U.S. for freedom of exploring a new field. I never dreamed of getting an Oscar. I do this for passion. I love textiles and the versatility of the projects I get to work on. One day it’s spacesuits, the next day 1940s, next day Mayan gods. I really thrive on making costumes. So I say to the Academy voters: thank you for recognizing what I’ve been doing my whole life! I’m 58.

How happy is Taika about Jojo Rabbit getting six nominations?

Oh, he’s very happy. Taika is a wonderful friend, he creates a real family with his team. I’m already on his next film, our second Thor. 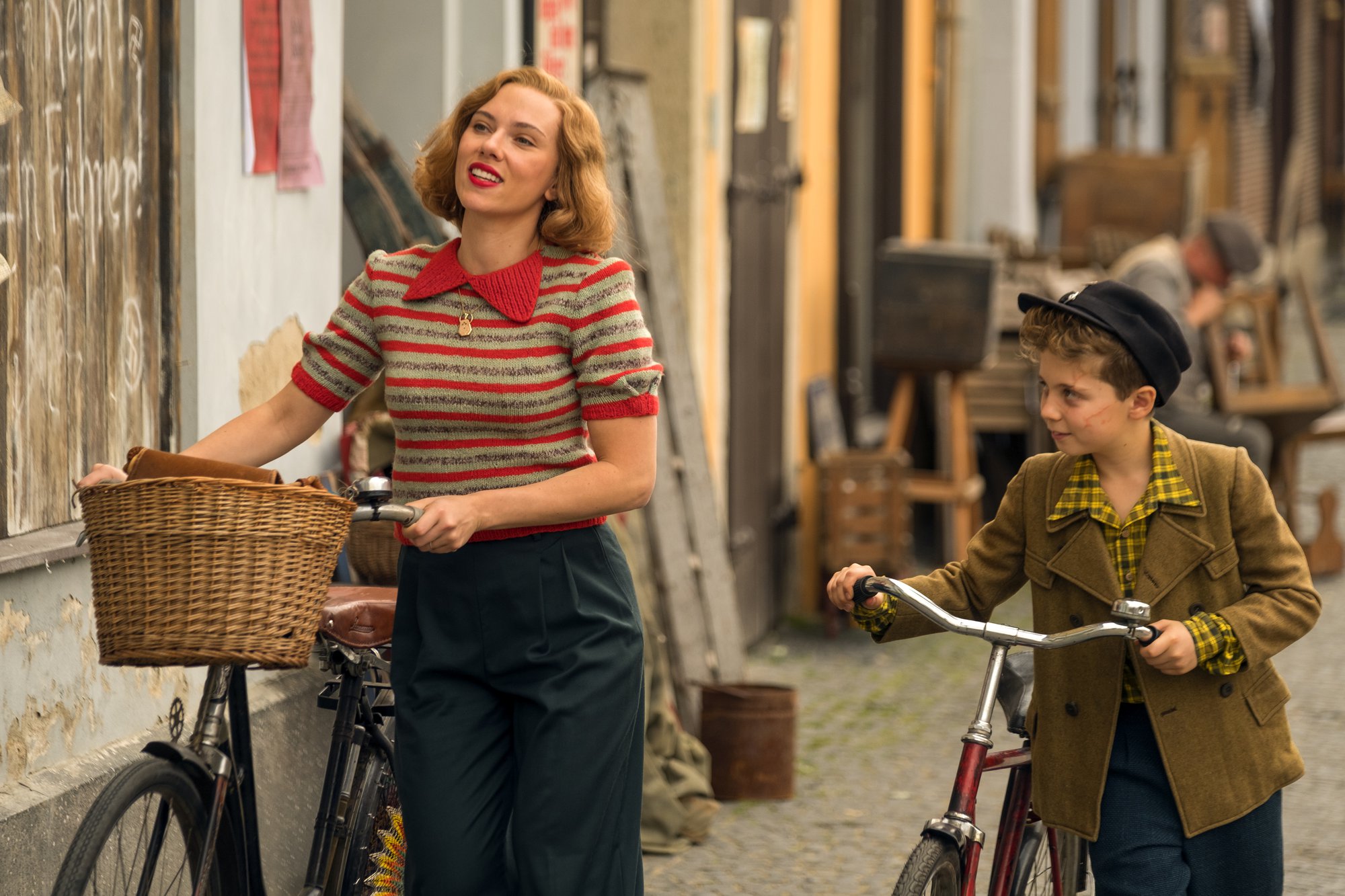 You did a ton of research about the clothes of the 1940s for Jojo—where did you do it all?

I have a studio with a very large library in Italy, where I live, between films anyway. I’ve been building it for many years, and I have pictorial histories of every period. To get the look of World War II right, I had to find a distinct style for these characters within that historical framework. There are so many wonderful war movies that my peers have done so well. We researched textile artists of the time and I found one, Sonia Delaunay, who was French Ukrainian. She helped found the Orphism art movement, which was about very strong colors and shapes, worked in fabrics, furniture, wall coverings clothing; she was friends with Picasso, and part of the Cubist movement. I found this feeling to be perfect for Rosie, Scarlett’s character. Scarlett wears this 1940s look very well! We imagined Rosie came from money, that she’d had a bold style, not a regular ’40s look. But her pieces look used, mended—a bit worn. Every item she wears reminds her of a happier time. They are also a little bit “off.” I like things that way. In Mexico, we have this culture of laying tiles; it’s beautiful work, but there’s always one tile that’s a little bit different. Life is not perfect and that’s why it’s beautiful. I apply that to my costumes. I do it very intentionally.

So then how are you going to dress for the Oscars?

I am making my own dress, designing it. Not just one—three! For BAFTA, the Costume Designers Guild Awards, and the Oscars. I’m 5’2”. I have to know my limits. I’m not Scarlett Johansson perfect. But who is? I have cutters in Italy and in L.A., working on the dresses right now! We’re sending pictures back and forth. I’m wearing my own costume!

RELATED: With or Without a Best Picture Win, ‘Parasite’ Is Making History This Awards Season

The post A Latina May Finally Walk Away with an Oscar for Best Costume Design appeared first on Los Angeles Magazine.

The Most Coveted Marijuana Jobs By City

As the TV Landscape Changes, the Emmy Party Scene Is Changing...