In 2011 the NBA All-Star Game was held in Los Angeles. I was a freelancer who received two press passes to cover the weekend-long festivities. The first event I attended was the NBA Celebrity All-Star Game, which featured a 16-year-old Justin Bieber. I was in my 30s. I didn’t care about Justin Bieber. But the young female fans in attendance did. They screamed the entire time he was on the court, tears rolling down their faces. It was the closest thing I’d ever seen to Beatlemania and all I could think was, “Who cares?”

The next day I took my 20-year-old brother to the All-Star practice. Because I had been at the celebrity game, I knew exactly where the players would walk from the locker rooms to the court. While everyone else in the Los Angeles Convention Center (where the practice occurred) hovered on the court, I told my brother where we should stand to get next to the players. So we did.

The East walked onto the court first. Big name after big name trotted two feet from us: LeBron James, Dwight Howard, Paul Pierce, Derrick Rose, Dwayne Wade, Rajon Rondo, Kevin Garnett. I was raised a basketball fan, but I wasn’t impressed because I was 30 and I’m from LA. I was accustomed to celebrity.

The West players followed the East. Chris Paul, Kevin Durant, Yao Ming, Carmelo Anthony, Kevin Love, Blake Griffin, Russell Westbrook. Partially because this was LA and partially because game recognizes game, Kobe Bryant was the final player to walk onto the court. And, from some place deep inside my stomach, instinctively I yelled “KOBEEEEEEE” like the girls the day before yelling at Justin Bieber.

That was Kobe Bryant’s impact. On me. On basketball fans. On Los Angeles. On the world. 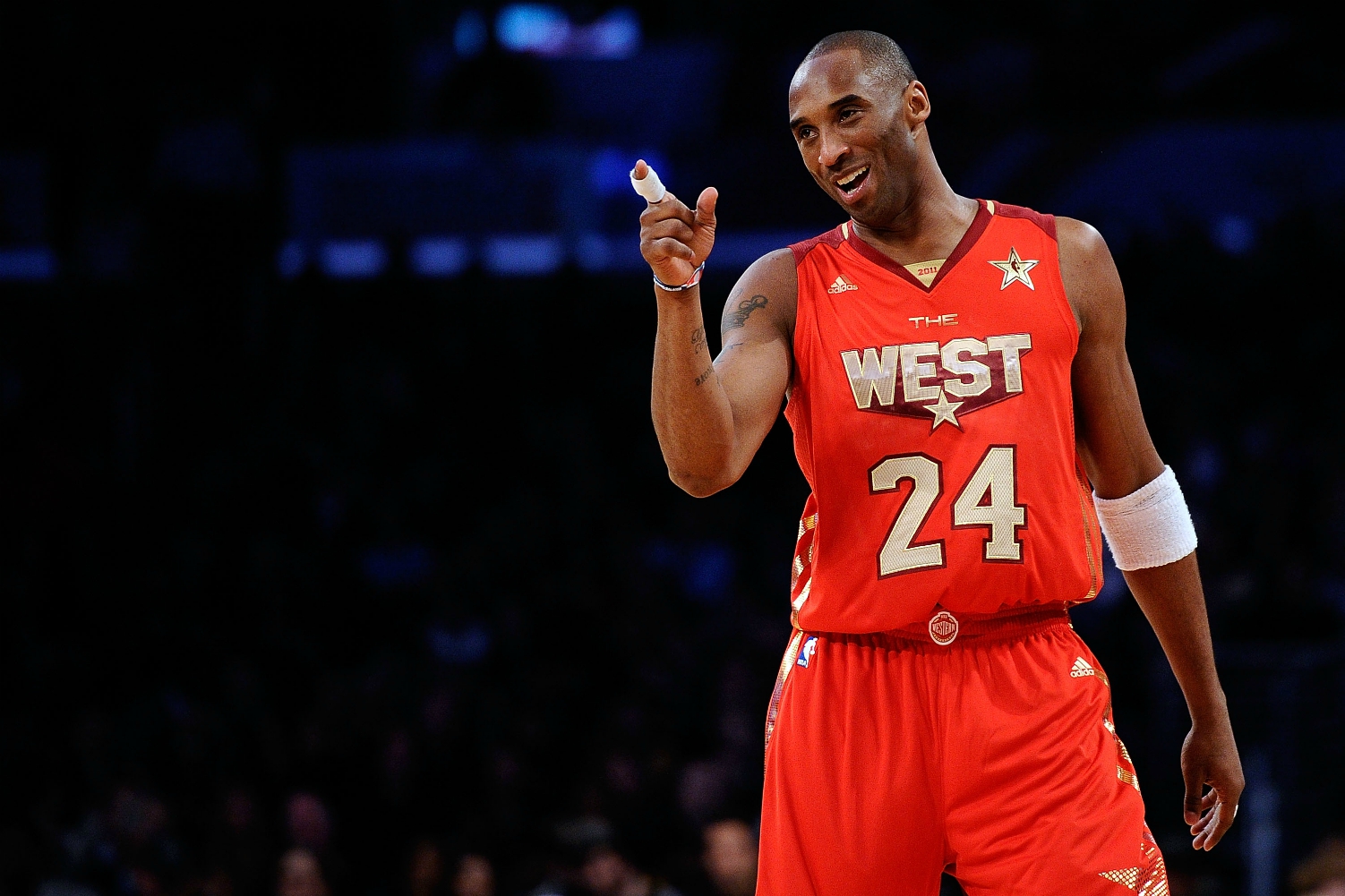 A few years later I covered the Lakers for two seasons for Los Angeles magazine. I went to media days and practices, got on the court before games, went into the locker rooms after the games. A few times I took selfies with Kobe in the background. This is totally unprofessional and something I tell my journalism students never to do. But I didn’t care. It was Kobe.

You knew, I knew, when Kobe was near. Except for the one time I didn’t. I sat in the front row, farthest left seat, in the press room. Head down, looking at my notes and my tape recorder. Someone bumped me on my left shoulder. Not hard. But hard enough. It wasn’t intentional. I was a freelancer who always felt out of place with the beat reporters and assumed it was someone who needed to be as close to the podium as possible. I was a seasoned reporter but hadn’t covered sports, so I understood the person’s need. I thought nothing of it. Instead, I thought that everyone in that room knew I was a fraudulent sports reporter, someone who knew basketball and journalism but didn’t know how to cover the game. To a reporter who lacked confidence, the unintentional bump was someone’s way of telling me to move, that I didn’t belong. I never looked up.

A minute later the person walked to the podium. It was him. “KOBEEEEEEE,” I screamed on the inside, stoic on the outside. He could bump me all the wanted.

I teach English at a local community college. Currently I’m entering week four of a five-week winter session. My class has to write an outline, a rough draft, and a final draft every week of this session. That’s a lot of work. On the first day, to motivate my students to show them that they could write five essays in five weeks if they worked hard enough, I played clips of former Lakers trainer Gary Vitti discussing Kobe’s work ethic (one of the many things for which he is known). I’m sure my students who don’t care about basketball thought it’s weird that a skinny, bespectacled English teacher was using a sports reference at the college level, but I did—as I have done in the past—because part of Kobe’s legacy is his work ethic. Even if you don’t care about putting a ball through a hoop, the Mamba Mentality works. If you want something hard enough, you work for it. Maybe we knew that before there was a Kobe Bryant, but we definitely know it now.

I think about the Mamba Mentality as I write my essay collection manuscript. Writing scares me. It literally gave me panic attacks during my late 20s, something that kept me from writing—the only thing I’m good at—for much of my 30s. But I can’t stop because Kobe didn’t stop. Not on the court. Not off of it. I’m going to finish the manuscript.

I was in my car when I got the news, on my way to the gym. Wearing Kobe’s shoes. I got out, turned on the TV for an hour. Stunned. Speechless. Gutted. Devastated.

Eventually I went to the gym because the work continues. And I am writing this because writing is what I do. I learned from a lot of people —Kobe being one of them — that the work continues, that the quest for knowledge doesn’t end.

Part of what endured me to Kobe post-basketball was his affinity for storytelling. His story wasn’t supposed to end like this.

Neither were the stories of the eight other people—including his daughter, Gianna—who died in that crash. Kobe was special, but so were the others. Let’s not forget them. Their families and friends are hurting the way I—and we—hurt for Kobe, a man I never knew personally but who gave me so many great moments. You know that old saying about how baseball is the thing that bond men to their fathers? Basketball is that thing for me and my dad (and probably my two brothers). If it wasn’t for Kobe’s 20 seasons with the Lakers, my hometown team, what would I have said to my dad? I can’t thank him enough for giving me a reason to call my dad and my brothers to say, “Are you watching this right now?”

I’ve been holding in the tears for approximately two hours. But no more. I’m going to cry for Kobe, for Gianna, for the other people aboard that helicopter, because today is an incredibly sad day for Los Angeles.

I don’t know what else to say.

Hemp/CBD Litigation Forecast: Cloudy with a Chance of Damages

Cannabis and Hemp Developments in Poland