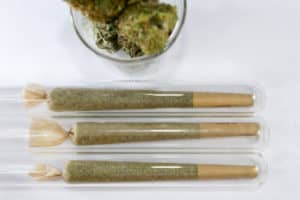 A newly introduced Colorado bill aims to protect employees who use pot off the clock. The bill specifically “prohibits an employer from terminating an employee for the employee’s lawful off-duty activities that are lawful under state law.” Most states with adult-use laws allow employers to enforce zero-tolerance drug policies and fire employees for off-duty marijuana use. Treating Marijuana Use Like Alcohol Use House Bill 20-1089, introduced by Rep. Jevon Melton (D-Aurora), argues that current state law prohibits employers from firing employees for their lawful off-duty activities, including the consumption of alcohol. Under the Colorado constitution, marijuana must be regulated […]

The post Colorado Bill Protects Employees Who Use Pot Off The Clock appeared first on Cannabis Training University.

Daily Brief: J Lo and Shakira Will Honor Kobe at the...

Video: Communing with Boomers at an Expo for Senior Citizens

The real crisis is a substance abuse problem, not an opioid...