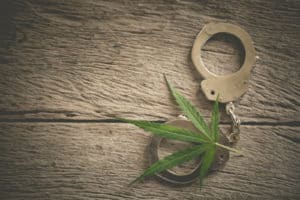 2020’s off to an explosive start as Hawaii officially decriminalizes marijuana possession. On Saturday, Jan. 11, a bill to decriminalize low-level cannabis possession that passed both the House and Senate went into effect. Gov. David Ige (D) allowed the bill to pass without his signature. The bill removes jail time for individuals who possess three grams of marijuana. Instead, they’d be given a $130 fine. No Jail Time For Low-Level Possession Hawaii officially joined a long line of states that have decriminalized marijuana. Hawaii removes any criminal penalties and jail time for possession of under three grams, the lowest amount […]

With or Without a Best Picture Win, ‘Parasite’ Is Making History...

Barbara Boxer Can’t Get Enough of Reading the Mueller Report

A Lisa Frank Wonderland Is Coming to DTLA–and You Can Sleep...

The Sobriety Community Comes Out in Force to Convince Beverly Hills...