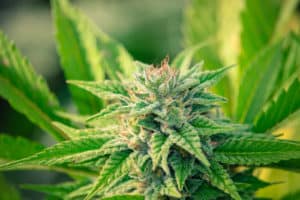 A newly released briefing memo obtained by Marijuana Moment shows that Congress is set to debate two marijuana legalization bills and other cannabis research reform bills on Wednesday, Jan. 15. A House Energy and Commerce subcommittee is set to hear testimony from the Drug Enforcement Agency (DEA), Food and Drug Administration (FDA), and the National Institute on Drug Abuse (NIDA). Cannabis-Friendly Congressional Committees Federal marijuana reform has recently sparked renewed interest and vigor in the halls of Congress. In November 2019, a key congressional committee made history when they approved legislation to end federal cannabis prohibition. The House Judiciary Committee […]

Nike Will ‘Just Do It’ Without Amazon from Now On

Head in the Clouds, aka the “Asian Coachella,” Returns for Another...

LAUSD is Suing Juul, Saying Students’ Heath Is at Risk