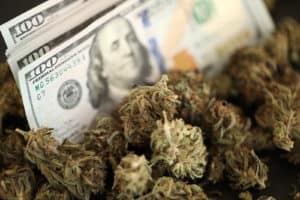 A 2018 report titled Cannabis in the U.S. Economy: Jobs, Growth, and Tax Revenue by New Frontier Data found that cannabis legalization could create one million jobs by 2025. Cannabis jobs include budtender, grower, extraction technician, manager, trimmer, edibles chef, and so many more. According to the analysis, the U.S. would get $131.8 billion in federal tax revenue over an eight-year period. Cannabis Industry Growth Financial success in the cannabis industry extends to many other industries that support the growing, testing, sale, and distribution of cannabis and cannabis-infused products. For example, cultivation facilities boost real estate, lighting, and irrigation industries. […]

Westwood Is the Most Expensive Neighborhood Outside Manhattan

People Wanted President Oprah. But They Seem Happy to Settle for...

How to Transfer Your RRSP