Home Careers Michigan Pot Sales Have Started And Illinois Is Next 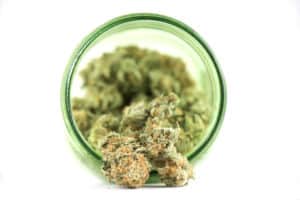 The country is celebrating now that Michigan pot sales have started and Illinois is next. As of Sunday, Dec. 1st, just after 10 a.m., adult-use cannabis became legal in Michigan. Another Midwestern state, Illinois, is ramping up for legal sales at the beginning of 2020.   Michigan shops got a head start when Michigan’s Marijuana Regulatory Agency announced that medical shops licensed to sell recreational cannabis could start selling as soon as December 1st with up to 50 percent of inventory that had been sitting on shelves for at least 30 days.   While Michigan’s recreational shops may have started […]

The post Michigan Pot Sales Have Started And Illinois Is Next appeared first on Cannabis Training University.

How Do Travel Rewards Work on a Credit Card?

A New Disney+ Docuseries Goes Deep Inside the Secretive World of...

This Commuter Air Service Could Be the Answer to Your Traffic...