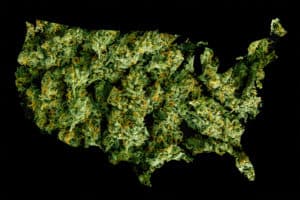 A recent Pew Research Center poll found that 91 percent of Americans support cannabis legalization. Attitudes toward marijuana have been steadily improving as states have continued to legalize marijuana for medical and recreational purposes. Currently, 11 states and the District of Columbia (D.C.) have legalized recreational cannabis use. 33 states plus D.C., Guam, the U.S. Virgin Islands, and Puerto Rico have legalized medical marijuana use. Should Marijuana Be Legalized? Public opinion on marijuana legalization has shifted toward a more favorable view of the plant. Even previously anti-marijuana subgroups have grown to support the legalization movement. In 2010, 52 percent of […]

Artist Doug Aitken Wants to Make Something That Has Never Been...

The constitutionality of Senate Bill 1391