We’ve been looking forward to the launch of Onda for over a year–and at last the doors are open. Housed in the new Santa Monica Proper hotel, the restaurant is a collaboration between two of the most influential chefs working today, Gabriela Cámara of Contramar in Mexico City and Jessica Koslow of L.A.’s own Sqirl.

The chefs share a passion for food that incorporates the highest levels of technique and the freshest local ingredients, but remains casual, comforting–and extremely popular on Instagram (if Contramar’s red and green grilled snapper isn’t the most-Instagrammed dish in the world, it could only be beaten out by a Sqirl sorrel bowl). Which may explain the new restaurant’s name, too. Onda, or “wave,” was chosen to reflect not just the beachside locale, but also that the chefs see themselves as “being on the same wavelength,” as Koslow put it earlier this year to the Los Angeles Times. 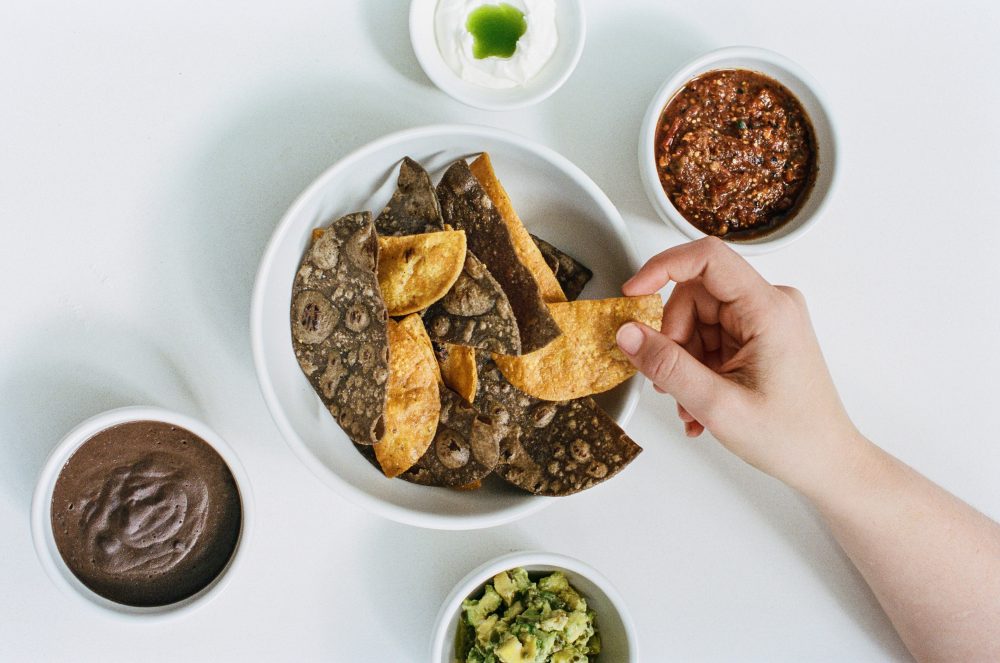 Cámara echoed that sentiment in a conversation with Los Angeles earlier this year. “We’re in that frequency. The two of us resonate with similar things. And I think we’re going to find that way of translating it to Onda through the food.”

That translation has resulted in a menu that finds it’s starting point in Cámara’s Mexican cuisine, adding Koslow’s market-orientation and affinity for fermentation. Opening dishes include a charred Baja octopus with fresh corn tortillas and halibut tartar, whole tapioca-fried Pacific fish with charred jalapeño sauce and sorrel, and an “inside out” turkey pastor quesadilla. Special attention has been paid to plant-based offerings, including jackfruit sopes and hearts of palm ceviche.

This will be the first Los Angeles project for Cámara, who, in addition to her two Mexico City restaurants, also has the acclaimed Cala in San Francisco. But she’s hoping that the Santa Monica crowd might be a little more like her CDMX clientele–who regularly linger for hours over food and drink, socializing with friends–than Bay Area diners.

“People in San Francisco have no leisure time that they are willing to spend after dinner,” she says, “I really look forward to people in Santa Monica having more leisure time in a way, or lingering between, say breakfast and lunch, or having a later lunch that meets with an early dinner with someone else.” 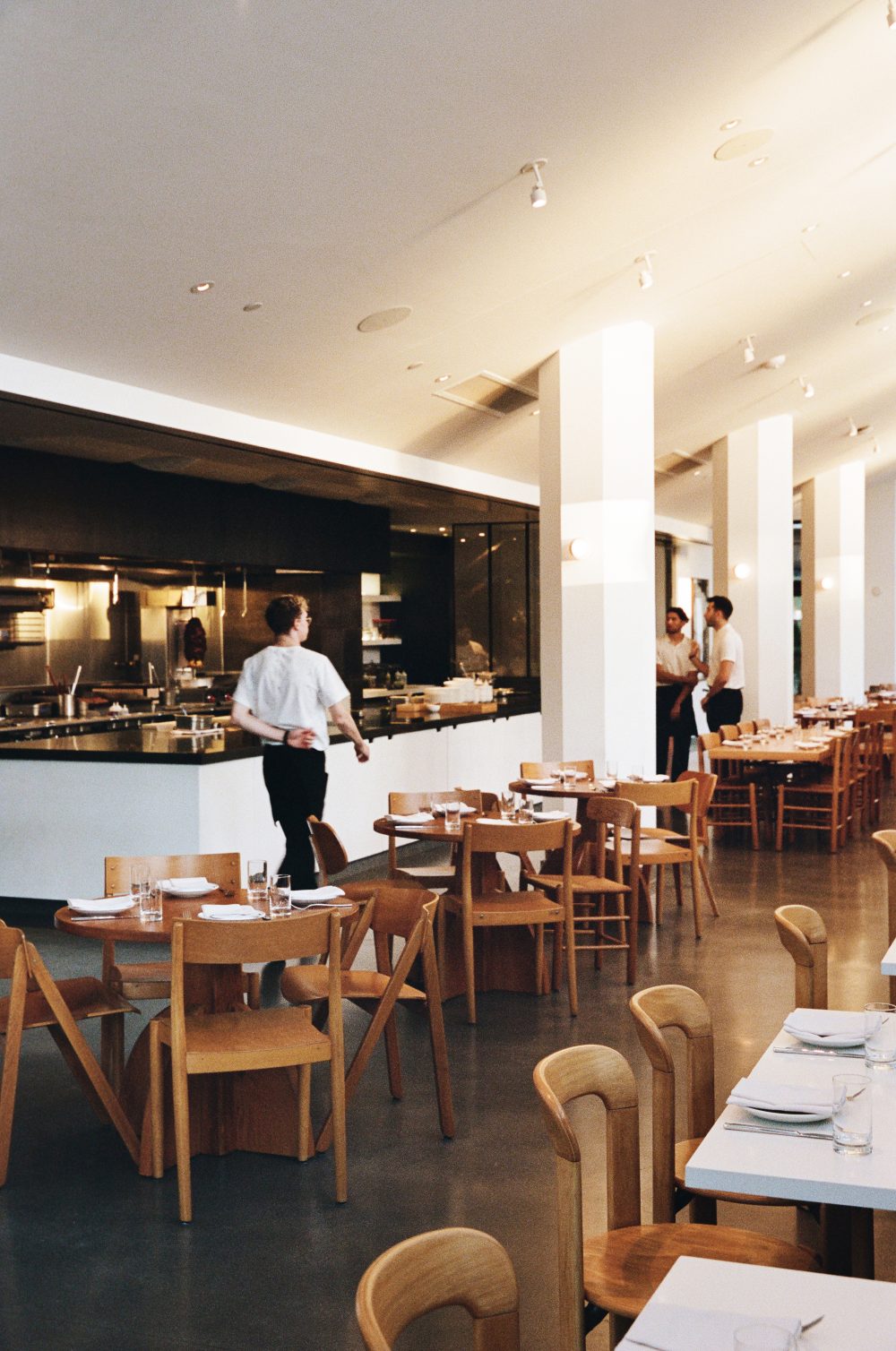 Currently, the restaurant is open for dinner only, but plans to expand into breakfast and lunch service in the coming months–meaning Cámara’s goal of creating a space for all-day lingering is on the horizon.

Backing up executive chefs Koslow and Cámara is a true all-star team. On board are chef de cuisine Balo Orozco, who has cooked at Cala, Sqirl, and Hartwood in Tulum; executive sous Andrew Ponce from Bestia; and junior sous Marco Mitre from Spago. The coffee bar will be manned by Daniel Martinez, formerly of Manresa Bread. Star sommelier Erin Rolek left her post at the Bachelor Farmer to curate a distinctive wine list for Onda. She will be joined in beverage duties by Mackensie Hoffman, formerly of James Murphy’s Brooklyn bar the Four Horsemen, and Kyle Bailey from New York City cocktail boîte Amor y Amargo.

Onda offers a feast for the eyes as well. Tucked inside the restored 1930’s building that houses the hotel, the 120-seat dining room was decked out by celebrity designer Kelly Wearstler in collaboration with Sqirl’s Scott Barry. Staff uniforms were custom crafted by  covetable Chinatown-based fashion label Eckhaus Latta. 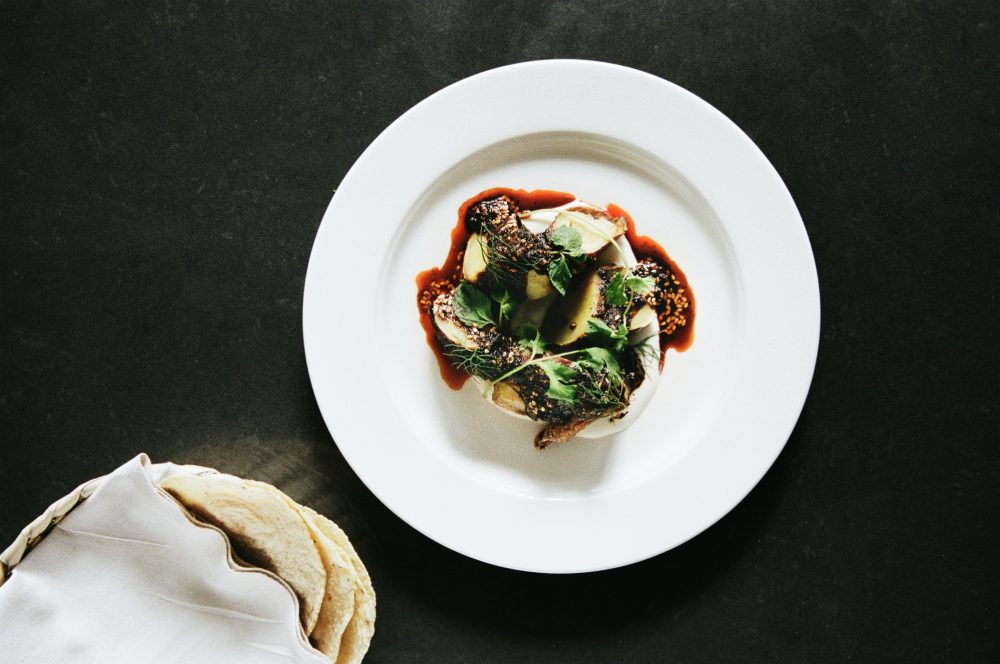 Daily Brief: A Nipsey Tribute at the Grammys, Possible Wet Weather, and More

The ‘Vicious Pig’ Reported in a Hotel Wasn’t a Pig–but It...

Has Jacob Wohl Finally Scammed His Way into Prison?

How to Apply for a Medical Cannabis Card in Rhode Island