Home Careers What is Cannabigerol (CBG)? 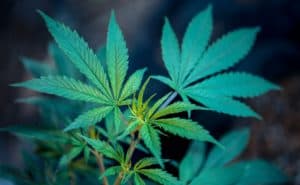 Cannabis and hemp plants have over 400 distinct chemical compounds. Of those compounds, over 100 are cannabinoids. Cannabinoids are the therapeutic compounds primarily found on the buds of cannabis or hemp plants. While tetrahydrocannabinol (THC) and cannabidiol (CBD) have been the most researched and commercially accessible cannabinoids, the future of the cannabis industry lies in its minor cannabinoids. One of the most important minor cannabinoids found in the cannabis plant is cannabigerol (CBG). In mature plants, CBG levels are almost nonexistent. Limited CBG research has shown that the cannabinoid has potent anti-microbial, anti-bacterial, anti-inflammatory, and plenty more health benefits. What […]

The post What is Cannabigerol (CBG)? appeared first on Cannabis Training University.

Glide Into the Holiday Season at These L.A. Ice Skating Rinks

What You Don’t Know May Kill You

Our Favorite Wallet-Friendly Restaurants of the Year