Inflammation (immune system activation) plays a big role in causing certain types of pain, especially arthritis and joint pain. This is why anti-inflammatory medications like ibuprofen and prednisone can help so much. However they also have significant side effects including gastric ulcers and GI bleeding, and there are some herbal alternatives with better safety profiles. Four plants that can lower pain by reducing inflammation are: Turmeric, Devil’s Claw, Boswellia, and White Willow. Clinically I have seen the most success with products that contain a combination of all of these herbs, such as Phyto UltraComfort by Pure Encapsulations, but the individual herbs can be helpful on their own as well. 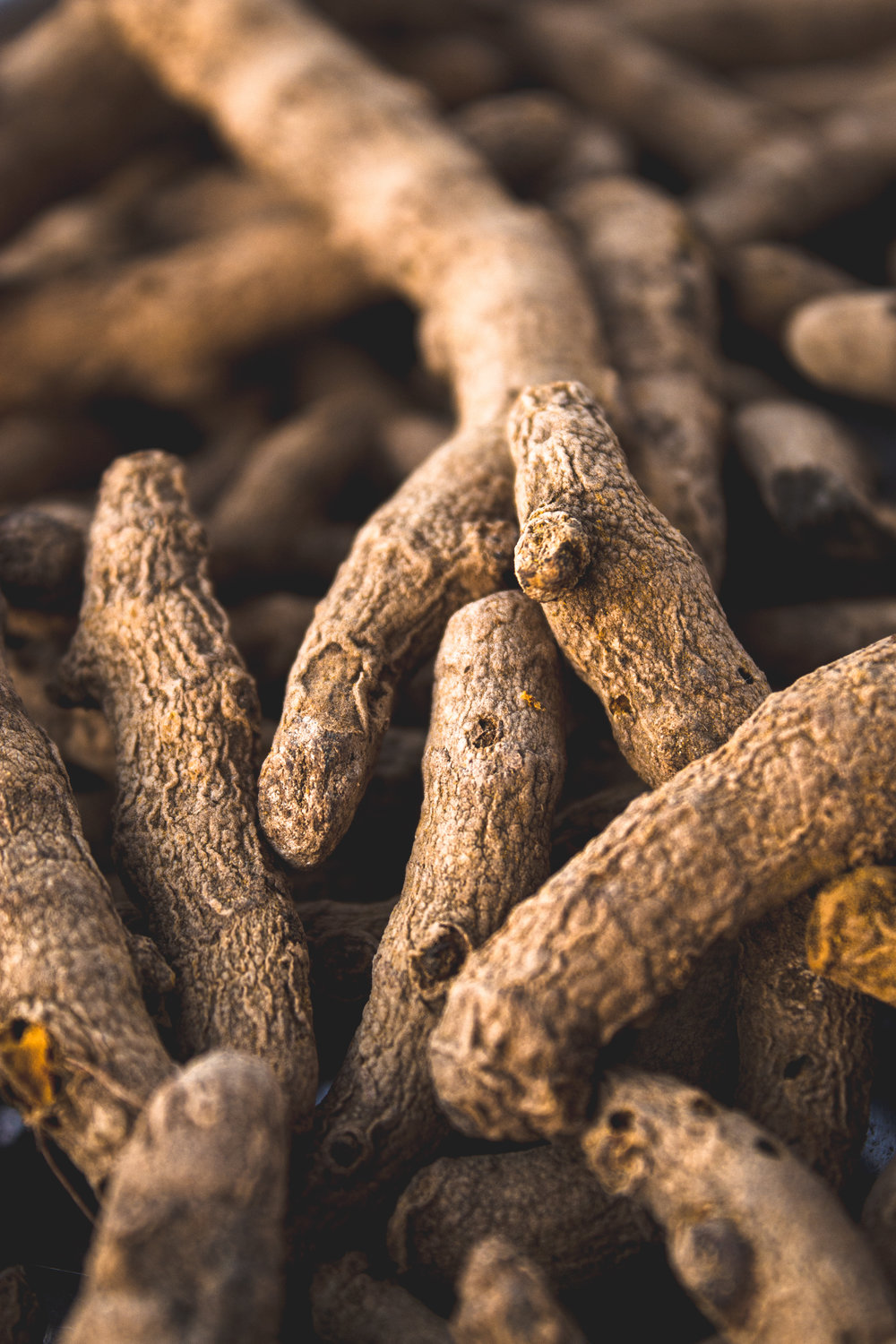 Adding turmeric as a spice to foods tastes good, but won’t give much medicinal effect unless you eat huge quantities because curcumin is only taken up in small quantities in the GI tract. To get the most medicinal effect for pain relief from arthritis or fibromyalgia, it is best to supplement with forms of curcumin that have been optimized for absorption such as curcumin phosphatidylcholine complex. Although curcumin is much safer than prescription NSAIDs it does have some mild blood-thinning effects, so make sure to ask your health care provider before starting supplementation. And in my experience it is important to take tumeric supplements with food, as they are “spicy” and can cause stomach upset if taken on empty stomach. 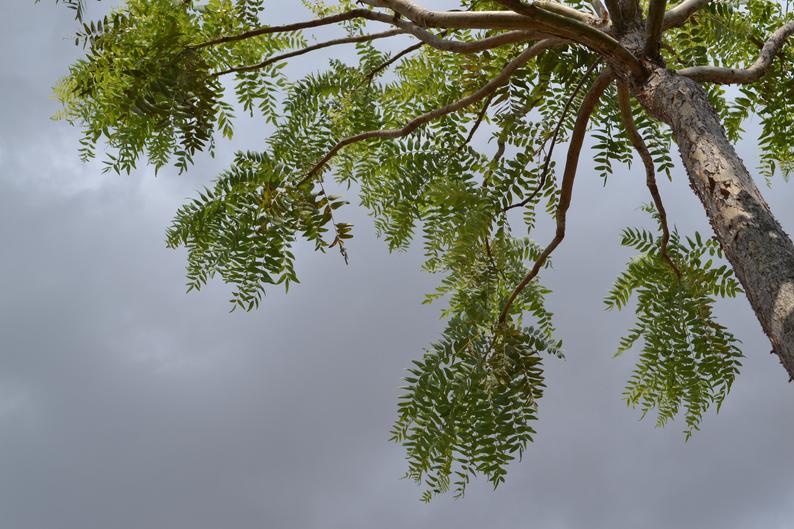 Boswellia, also known as Indian frankincense, is a gum resin tapped from the Boswellia serrata tree which grows in dry mountainous regions of India, Northern Africa and the Middle East. Gum-resin extracts of Boswellia serrata have been traditionally used in folk medicine for centuries to treat various chronic inflammatory diseases. Modern research shows its main pharmacologically active ingredients are α and β boswellic acid which have been shown to inhibit pro-inflammatory processes.

One study published in the journal Phytomedicine found Boswellia reduced knee pain due to osteoarthritis (OA), and subjects also reported an increase in knee flexion and how far they could walk. Another study found Boswellia decreased OA knee pain compared to a placebo, and helped reduce the levels of a cartilage-degrading enzyme. And for healthy subjects, taking Boswellia increased their threshold for pain and pain tolerance. Boswellia has a good safety profile except mild adverse effects such as nausea, acid reflux and gastrointestinal upset. 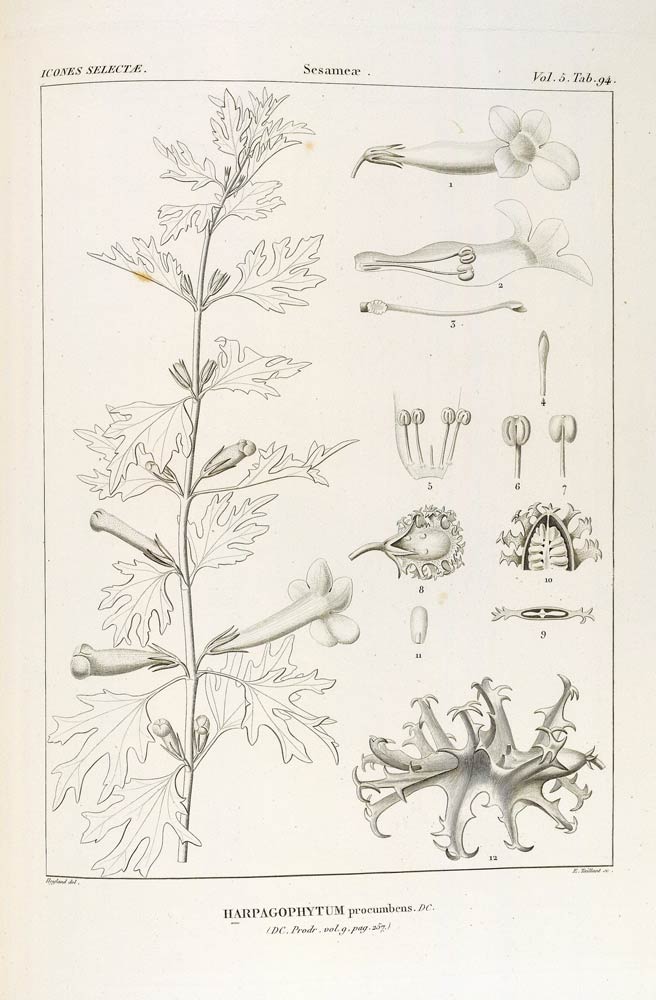 The spiky root of this plant, native to the deserts of southern Africa, has anti-inflammatory and analgesic properties. It is used as an anti-inflammatory in modern herbalism, and to treat arthritis and low back pain. It is a common ingredient in formulas for inflammation and arthritis. It tastes very bitter and can cause mild stomach upset in large doses, and should not be used if you have a history of gastric ulcers .

A randomized, double blind controlled study found Devil’s Claw powder taken over a period of 4 months significantly reduced both spontaneous pain and functional disability in patients with osteoarthritis of the knee and hip. It also reduced the need for analgesic and nonsteroidal anti-inflammatory therapy. In another randomized study patients with chronic back pain given Devil’s Claw for 4 weeks demonstrated a greater pain reduction than those given a placebo.

You can find Devil’s Claw in my Frida Botanicals Bodywork Tonic, where it eases pain and inflammation triggered by manual therapies. Some herbalists have described Devil’s Claw as being good at shifting “stuck pain”. 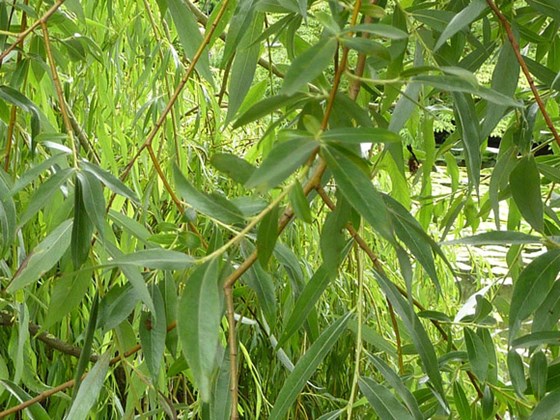 White Willow bark has a long history of use by Native American healers to relieve pain, inflammation, and fever. It is a low-growing deciduous tree bearing long, green, tapering leaves, and the bark is stripped from young trees for medicinal usage. In 1828 German chemist Felix Hoffmann isolated the active ingredient of White Willow bark and named it salicin. In 1899, the Bayer company began manufacturing and selling a modified form of the willow bark chemical, acetylsalicylic acid, or aspirin, which has been widely used since that time.

As a natural form of aspirin, White Willow bark carries the same warnings about avoiding use if allergic to aspirin or other salicylate-containing drugs. Do not administer to children or adolescents with viral infections due to the possibility of Reye’s syndrome. It also has some of the same side effects but usually much milder, including stomach upset, dizziness and ear ringing.

In a 2016 analysis published in the journal Spine, researchers evaluated 14 previously published studies on herbal treatments for low back pain. Among their findings, the researchers reported that white willow tbark consistently provided greater pain relief than a placebo, however they deemed some of the studies of poor quality.

As you can see, the world of plant medicine offer a variety of options that can help with fibromyalgia and other types of pain, with better safety and fewer side effects than pharmaceutical options.

For Cyrus Grace Dunham, Gender Is a Journey Without a Clear...